Information and core photos from Alio Gold’s Ana Paula project have been added to the Mexican Core Shack at: https://gambusinoprospector.com/mexican-core-shack/guerrero/ana-paula/ 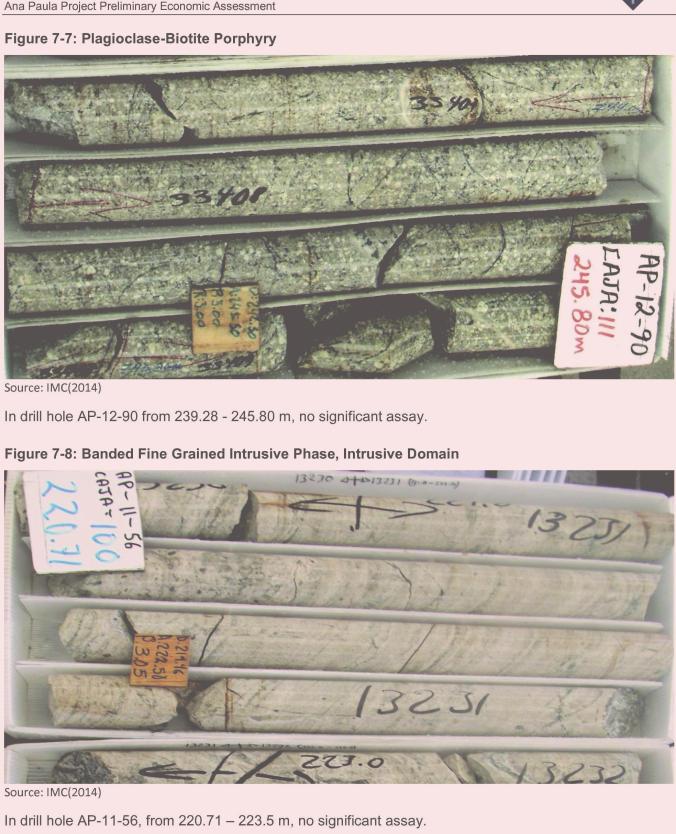 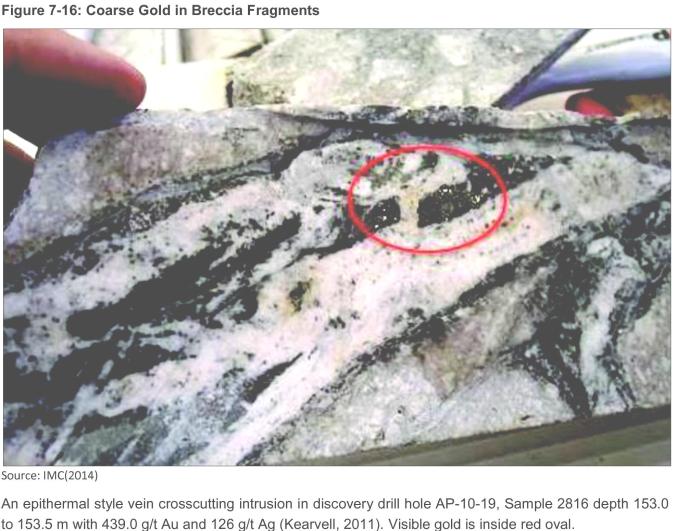 During the 34th week of the year (August 20th to August 26th, 2018), at least 17 press releases were announced by companies working in Mexico. Aztec Minerals, Discovery Metals, and SilverCrest Metals released advances in exploration. Grupo Mexico and Santacruz Silver Mining released its Q2 2018 results. SilverCrest Metals, Silver Bull, Avino Silver and Prize Mining reported news on financing. Azure Minerals reported advances on the PEA and new drilling of one of its projects. ON MEXICO ISSUES, The Mexican Core Shack now counts with displays from three properties in Chihuahua, two in Durango and two in Estado de Mexico. ON EXPLORATION, In Sonora, Aztec Minerals released results from surface sampling along drill roads on its Cervantes project. In Coahuila, Discovery Metals released results from underground sampling at its Puerto Rico project.   ON MINING Grupo Mexico and Santacruz Silver released its Q2 2018 reports. Grupo Mexico is to re-open its San Martin mine in Zacatecas.  ON FINANCING, Silver Bull and Prize Mining closed final tranches of financing for gross proceeds of US$3.79 M and $7.62 M respectively. ON RESOURCES AND DEVELOPMENT, Azure Minerals is advancing the PEA on its Oposura property in Sonora, and announcing a new drilling campaign. SilverCrest released more drilling results from its Las Chispas project in Sonora. ON DEALS AND CORPORATE ISSUES, Alio Gold announced several changes in senior management, as well as at its corporate head office in Vancouver, related to the recent focus on its operating mines.

On the picture above, the silicified and alunite bearing ridge beyond the farming fields is interpreted as the water table interface in a shallow epithermal system, in Guanajuato. Picture by Jorge Cirett.

Core pictures from Candente Gold’s El Oro project in Estado de México have been uploaded into The Mexican Core Shack, along with relevant information from the company’s website:  https://gambusinoprospector.com/mexican-core-shack/estado-de-mexico/el-oro/ 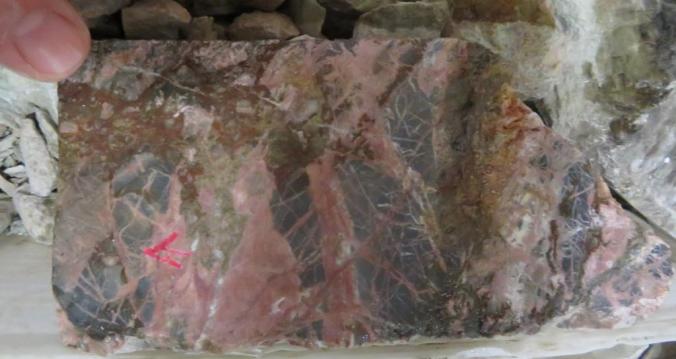 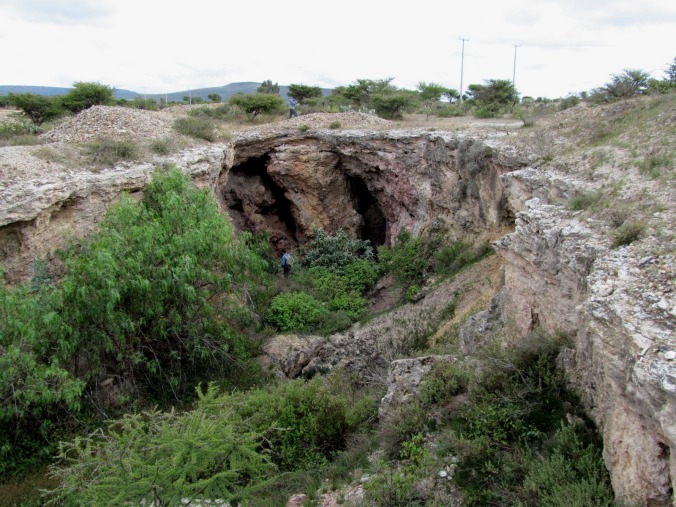 During the 32nd week of the year (August 6th to August 12th, 2018), at least 16 press releases were announced by companies working in Mexico. Sable, Oroco, Millrock and One World Lithium updated on exploration advances. Hecla, Torex, Golden Minerals, Argonaut, Alio and Odyssey Marine Exploration released Q2 2018 reports. HarvestGold closed the final tranche of a financing round. Hecla, Alio and Consolidated Zinc reported advances on the development or exploration of their resource base. Three companies announced deals on projects, or company mergers. ON MEXICO ISSUES, The Mexican Core Shack now counts with displays from three properties in Chihuahua and two in Durango. The newly elected president of Mexico seems to have mining development as one of its 25 key projects. ON EXPLORATION, In Sonora, Millrock reported drill results from its Navidad project. In Chihuahua, Sable Resources released wide, high-grade silver intercepts from its Margarita property. In Sinaloa, Oroco received the title for a concession on the Santo Tomás district. In Baja California, One World Lithium is preparing to drill its Salar del Diablo project.   ON MINING Hecla, Torex gold, Golden Minerals, Alio Gold, Argonaut and Odyssey Mineral Exploration released Q2 2018 reports.  ON FINANCING, Harvest Gold closed the final tranche of its non-brokered private placement, accruing C$857 K in gross proceeds. ON RESOURCES AND DEVELOPMENT, Hecla, Alio Gold and Consolidated Zinc reported on actions and programs to affect their resource estimates or development to mining. ON DEALS AND CORPORATE ISSUES, Golden Reign and Marlin Gold reported on their merger agreement, Megastar closed a deal on three properties in Oaxaca and San Marco optioned the Chunibas project in Oaxaca to Antofagasta.

On the picture below, open cut in one of the structures of the Pozos District, Guanajuato. Picture by Jorge Cirett.

Core from the SGM’s Cerro Verde – El Desierto (La Soledad) project has been uploaded to the Mexican Core Shack: 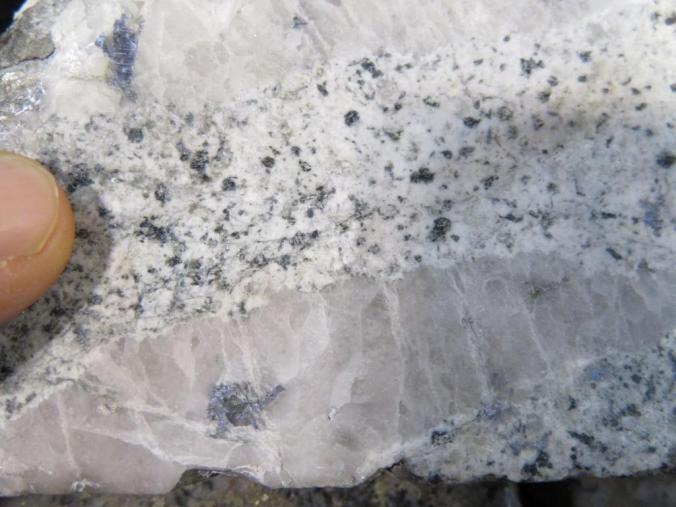